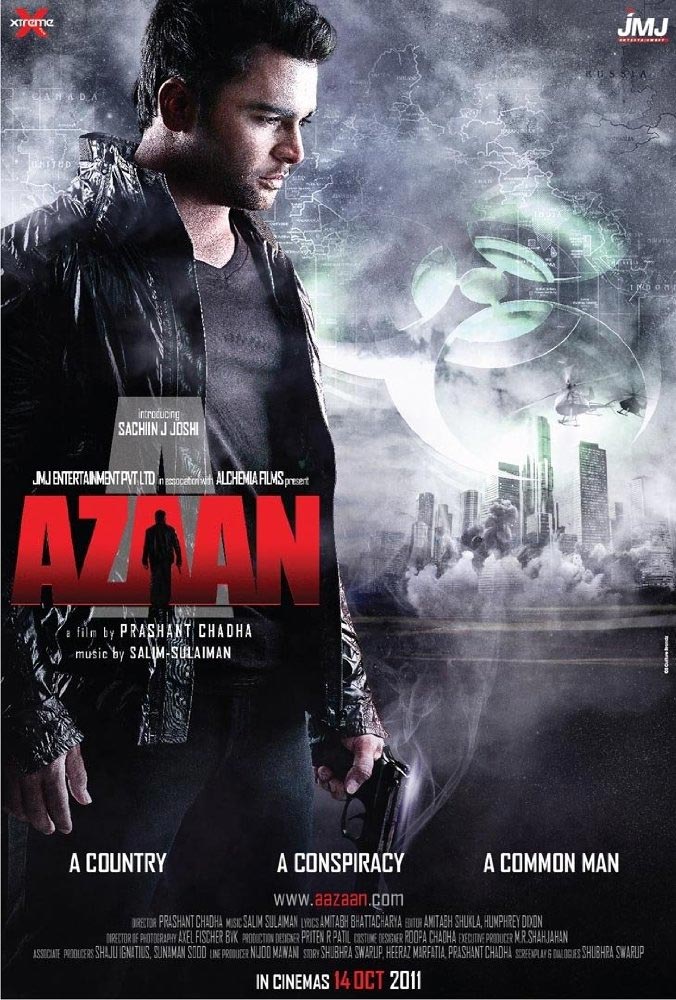 Aazaan Khan – a young upright army officer, with a mixed lineage of Afghan and Indian parents, working for RAW (India’s Research and Analysis Wing) as part of his duties, gets drawn in to the murky world of espionage only to find his younger brother a suspected terrorist. Torn between his love for his country and his brother, Aazaan embarks on his mission of unraveling a conspiracy of science and technology, which turns uglier when he realizes that it stands to threaten the 1.2 billion population of one of the largest developing nations in the world – India. What unfolds is a fast paced story of one man’s determination of saving his country against all odds of human defiance. Strengthening him in achieving is mission is his relationship with Afreen – a beautiful Moroccan girl, who grounds him with human emotions of love that help him conquer the plot.