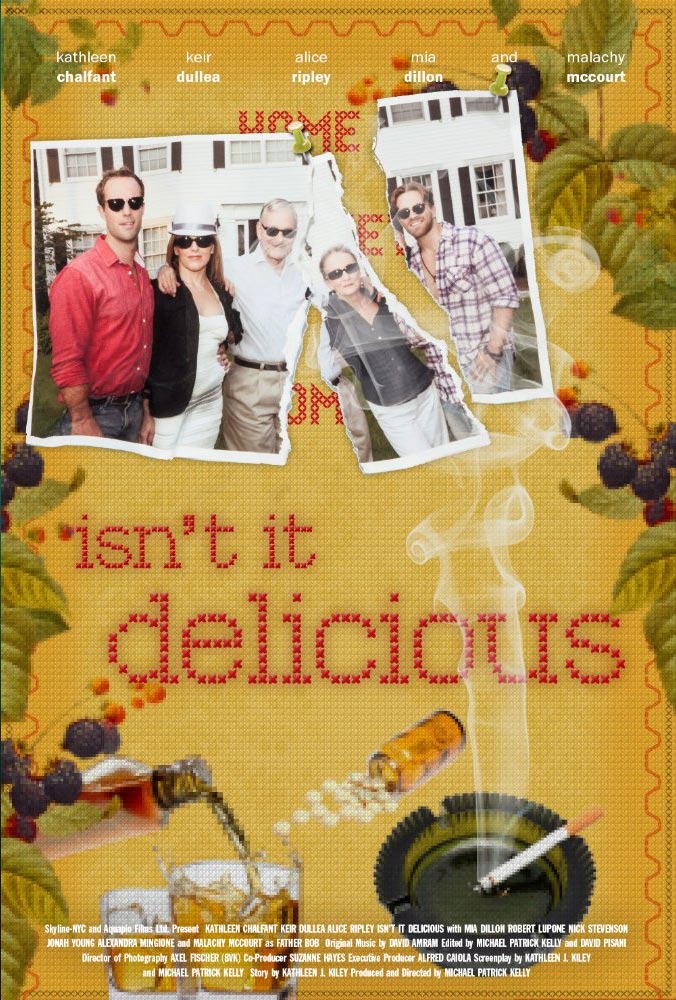 When Joan Daly, the controlling matriarch of an upper-middle class New England family, discovers she is dying of lung cancer, she sets out to reconcile her dysfunctional relationships with her three children, her husband, and along the way, her former best friend. After learning of her diagnosis, Joan decides not to pursue chemotherapy or any alternative treatment. The family’s destructive ways are offset by messy and often humorous attempts by Joan to set her children on the right course before she dies. She will also have to truly see her husband for the first time. In this big dysfunctional mix, everyone will learn to connect in their own ways and realize on their own terms what life is about.

„Shooting a film with little money and resources forces people to do great things, and as we crewed up for shooting many crew members came aboard because they felt that with a cast this special, who were willing to work for so little, that we would succeed. Most films shot on ultra-low budgets limit the locations to keep the cost down. We decided to shoot in Ms. Kiley’s hometown of Trumbull, Connecticut and surrounding counties taking advantages of multiple locations and donations of prop cars, and other in-kind services, as many of Ms. Kiley’s friends and relatives were eager to help. We shot for 25 days over the month of August and we shot late into the night on August 27th with hurricane Irene baring down, and as Axel, (the Director of Photography), and I drove home on an empty highway we had no idea the devastation we would awake to. Hurricane Irene forced us to shut down temporarily, but we returned to CT on September 4th to shoot four scenes over the course of one very long day. The cast and crew rallied to work late hours under incredible conditions because they believed in the script and these wonderful actors.“ 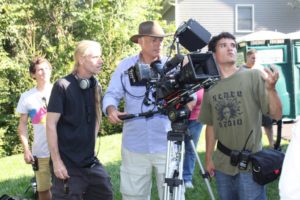