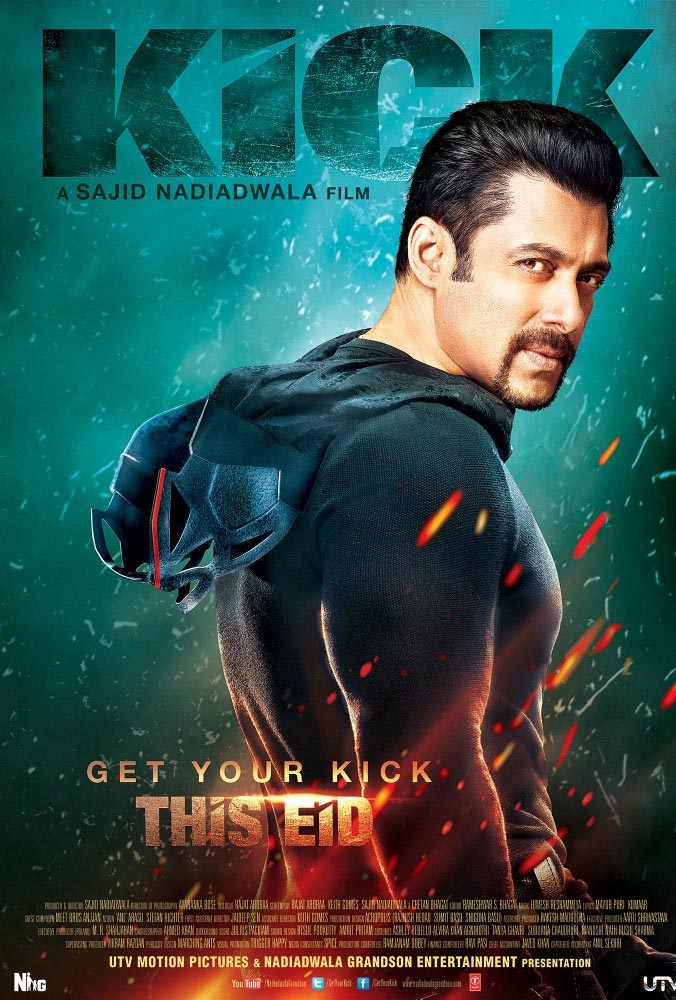 On a train journey in Warsaw, psychiatrist Shaina meets Himanshu, who is a police officer from India to discuss their prospective marriage. Both are reluctant to enter into an arranged union but become friends and strike a deep conversation where Shaina reveals her previous relationship with the eccentric Devi, a man who lived only for his ‚Kick‘ aka an adrenaline rush . Despite his idiosyncrasies they embark on a whirlwind romance, until one day he breaks up with her for a new ‚Kick‘ and walks away never to return. Himanshu in turn regales her with his glorious escapades as an officer but mentions that he has finally met his match, an intelligent thief. What they are both unaware of is that their stories have one thing in common, Devi. He returns to their lives under the pretext of having lost his memory. Behind it all, is a deeper mystery and an uncompromising mission for which Devi is ready to lose his life. (IMDB)

An adrenaline junkie walks away from a whirlwind romance and embraces a new life as a thief, though he soon finds himself pursued by veteran police officer and engaged in a turf war with a local gangster.